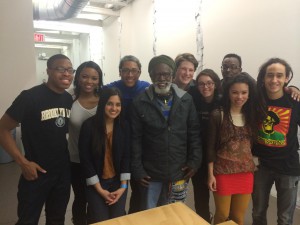 The emergence of Rastafari in the twentieth century marked a distinct phase in the theory and practice of political agency. From its heretical roots in Jamaica, Garveyism, Ethiopianism, and Pan-Africanism, Rastafari has evolved from a Caribbean theological movement to an international political actor. This course investigates the political theory of Rastafari in order to develop intellectual resources for theorizing the concept of agency in contemporary Africana thought and political theory. We will analyze texts and audio-visual works on the political economy of late colonial Jamaica, core Rastafari thinking, political theology, the role of reggae music, the notion of agency, and the influence of Rastafari on global politics.
Center for Learning in Action MENU

Center for Learning in Action

Covid-19 is an ongoing concern in our region, including on campus. Safety measures are in place, and campus community members and guests are additionally advised to take personal precautions. See the college's Covid-19 website for information about campus policies. For the latest research and recommendations from the CDC, visit cdc.gov/coronavirus.

We recommend joining our email list to get regular updates of our evolving list of all types of community engagement opportunities. If you need to confer, please schedule a phone call or meeting by emailing [email protected].

BEYOND THE “PURPLE BUBBLE:” EXPLORE THE COMMUNITY